I would encourage any member who has been impacted by this policy to send us a written statement, email is fine, with their account of how this policy affected them. A few of the examples our office has received and provided the attorneys are:

These are just 3  generalized examples of documentation we are requesting. Please note, the member’s statements that were used as examples above contained comprehensive detailed explanations with times, dates, and who was contacted to solidify their complaint. I would ask that any member who has received the same poor treatment write us a detailed email outlining their experience. As stated below, the fight is not over. Our office along with the other GCA offices will be compiling all of this documentation to begin the next stage of the battle. I would ask that each of you and your members review the posting below and follow thru with the What can you do? suggestions section. More info to follow as things develop. 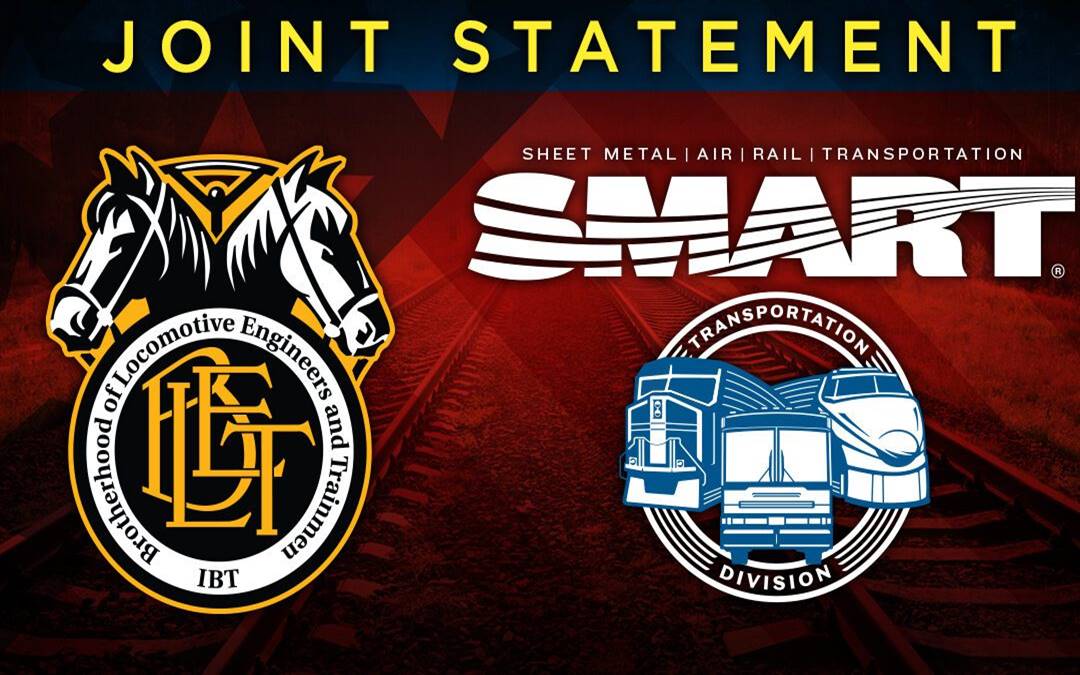 Today the judge considering the case between BNSF and the SMART-TD and BLET unions over the carrier’s new “Hi-Viz” attendance policy ruled that the dispute was “minor” under the provisions of the Railway Labor Act (RLA).

What does this mean?

It means that any further action to pursue a strike would be illegal, exposing the Unions and their members to serious legal attacks as well as Carrier discipline up to and including dismissal. But this is only the first round in our fight against the Hi-Viz policy. In the coming days, the Unions will determine if the best course of action is to appeal today’s decision, or to move swiftly to arbitrate the policy before it can be used to terminate any employees.  An arbitrator can strike down the policy. If that path is chosen, the Unions will move swiftly to make their case there instead of in the courtroom or on the picket lines.

Rest assured that we are all infuriated. One of the largest and richest corporations in America has been given a free pass to continue forcing its employees to work even when they or their families are sick, and when they are fatigued beyond the point of being able to work safely. BNSF is essentially thumbing its nose at the employees who make them billions of dollars in revenue.

SMART-TD and BLET are considering all legal possibilities to continue to challenge BNSF and its anti-worker, anti-family and unsafe attendance policy. In the coming weeks, the Union’s options are:

What can you do?

— Contact your Congresspeople and Senators.Find your members of Congress and demand that they hear the concerns of the rail workers who are the backbone of this nation’s supply chain and that they should back the people who do the work rather than the financial overlords who have implemented these draconian policies.

— Sign up for action alerts. Our strength is in our collective voice. Action alerts from your union will send you to petitions to sign, elected officials to email, and social media posts to share. We are all angry, but we need to channel that anger into effective and legal action. Both the SMART-TD and the BLET will make sure that members are informed, educated, and empowered, just as rail unions have done in this country for more than a century.

If you have questions, do not hesitate to reach out to your union leadership.

Click to view a PDF of the entire court decision: https://ble-t.org/wp-content/uploads/2022/02/059_Order_Granting

BLET LC 758
Vancouver,WA
This message is covered by the Electronic Communications Privacy Act, 18 U.S.C. §§ 2510-2521, and is legally privileged. This email and any files transmitted with it are confidential and are intended solely for the use of the individual or entity to whom it is addressed. If you are not the intended recipient or the person responsible for delivering the email to the intended recipient, please be advised that you have received this email in error and that any use, dissemination, forwarding, printing, or copying of this email and any file attachments is strictly prohibited. If you have received this email in error, please immediately notify us by reply email to the sender. Please delete this email and its attachments from your system and do not retain any copies.
Posted in Email Post.